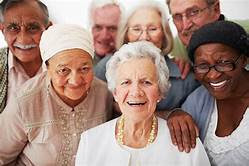 The diabetes epidemic continues to garner headlines, with the emergence of Type 2 diabetes among young people the most alarming.

The greatest increases in numbers of total cases of diabetes in industrialized countries are, however, occurring among elderly people.

This is because of the aging of the overall population as well as a greater absolute increase in the prevalence of diabetes among elderly people than among young people.
Diabetic Population in the U.S.
People 65 years and older will make up most of the diabetic population in the United States in the next 25 years.

More alarmingly, the proportion of the diabetic population 75 years or older is projected to exceed 30% in the United States in the next 50 years.
Most Common Form of Diabetes
Type 2 diabetes is the most common form of diabetes. In type 2 diabetes, your body does not use insulin properly. This is called insulin resistance. At first, the pancreas makes extra insulin to make up for it.

But, over time, your pancreas isn't able to keep up and can't make enough insulin to keep your blood glucose levels normal. Type 2 is treated with lifestyle changes, oral medications (pills), and insulin.
When glucose builds up in the blood instead of going into cells, it can cause two problems:
Control Type 2 Diabetes
Some people with Type 2 can control their blood glucose with healthy eatng and being active.

But, your doctor may need to also prescribe oral medications or insulin to help you meet your target blood glucose levels.

Type 2 usually gets worse over time - even if you don't need medications at first, you may need to later on.
High Risk Groups
Some groups have a higher risk for developing Type 2 diabetes than others. Type 2 diabetes is more common in African Americans, Latinos, Native Americans, and Asian Americans/Pacific Islanders, as well as the aged population.

Nevertheless, this condition does not prevent you from acquiring life insurance. Protect you loved ones. Don't be without life insurance. If you live in Illinois, call me at (773) 614-3201 to get a personally designed policy.